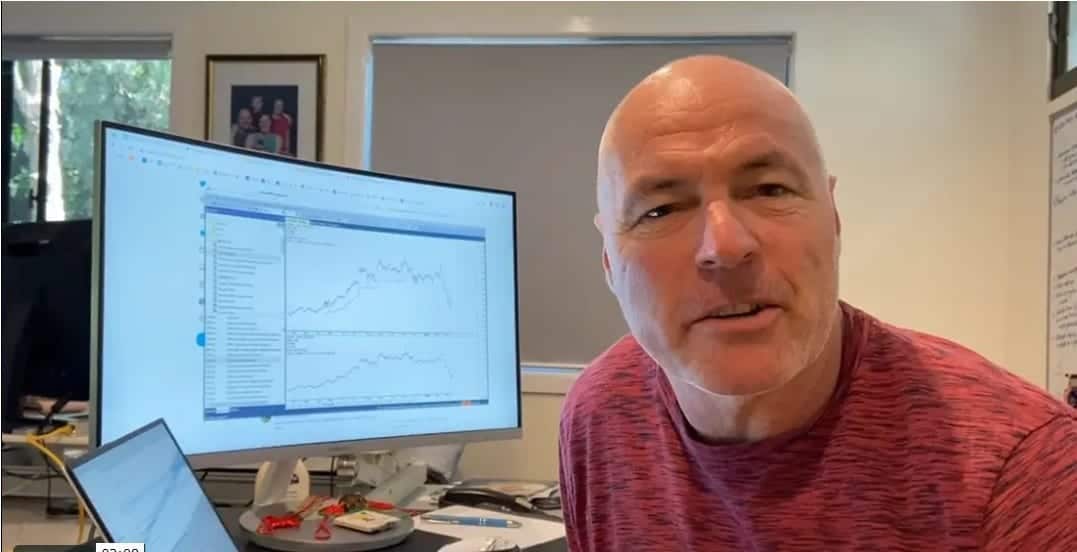 Here’s a quick Market Update for 19 March 2020. We’re currently in isolation after our trip to Japan so Nick Radge is using hte time to keep you informed and updated.

Join the free weekly newsletter Nick mentions in the video.

We’re in isolation. Came back from Japan yesterday, been told by the authorities to stay indoors, don’t go out in public, so here I am in front of you now ’cause I’ve got nothing else to do.

Interesting times, that’s for sure. I’ve been doing this 35 years and this is pretty spectacular kind of stuff. I mean, a 5% move up or down seems to be the new norm. And I don’t think it’s gonna end any time soon. My gut feel, and don’t get me wrong I’m no fundamental analyst or anything like that, but personally I think this virus is going to go exponential in the US and probably here in Australia in the next two weeks. And I would suggest that when that happens we’ll really start to see some panic.

Certainly the market has dropped a lot, we’re off about 30%. But I think from current levels, we might have another 10 or 15% to go. And that’d put the S&P 500 at around or about a 50% retracement from the 2009 through 2020 rise. And then we might see some kind of a bounce but I think we’ve gotta look for here is a real washout. A real clean out. A real heavy panic selling.

I don’t think we’ve really seen that yet. What we’ve seen is a lot of people saying, “Oh I was at the bottom yet and I’m gonna put my toe in the water and start buying.” But I think once we see the an acceleration of panic selling, and that could be triggered from the virus going exponential in the US in the next couple weeks, I think that’s when it’ll occur.

So until then and what we’ve been doing is been sitting in cash. A lot of people don’t agree with that and that’s fine but it’s an opportunity cost both financially and psychology, or psychologically.

We saw this in 2008. This is exactly what happened back in 2008. We were out of the market in about June 2008, sat on our hands ’til about March 2009. And then we were ready to get in the market, both financially and psychologically. We were able to pull the trigger and we did really, really well in 2009 and 2010.

So I don’t think it’s a time to be brave.

I think it’s a time to reflect and just be patient.

I think it’s a time to just survive and get through this.

The good times will come back. It will take some time but they will come back. And what you wanna be doing is be in a position financially and psychologically where you can take advantage of that.

Now I’ve also received a lot of queries from current members and people who’ve bought our Turnkey code, making suggestions on how we can tweak the systems to avoid what’s just gone on. And in tomorrow’s free newsletter I’m going to address those. So if you haven’t joined that newsletter, do so and I’ll answer those questions.

But other than that, stay safe, wash your hands and let’s get through this together.