I’ve decided to start a fund, but more on that below.

For now though, lets take a look at the following chart of the Australian stock market. According to many experts it’s returned 0% since 2007. Some suggest it’s one of the worst performing markets globally.

But any expert that tells you that is completely ignorant, and you should run the other way.

Indeed, I pulled two so-called experts up on this exact commentary recently. One is supposedly the #1 technical analyst in the US. The other, supposedly one of the best economists in Australia.

Both told me I was being a fool. I expect them both to invest in my new fund…but more on that below.

The next chart is where the discrepancy lies. For the moment, focus on the blue and light blue lines. 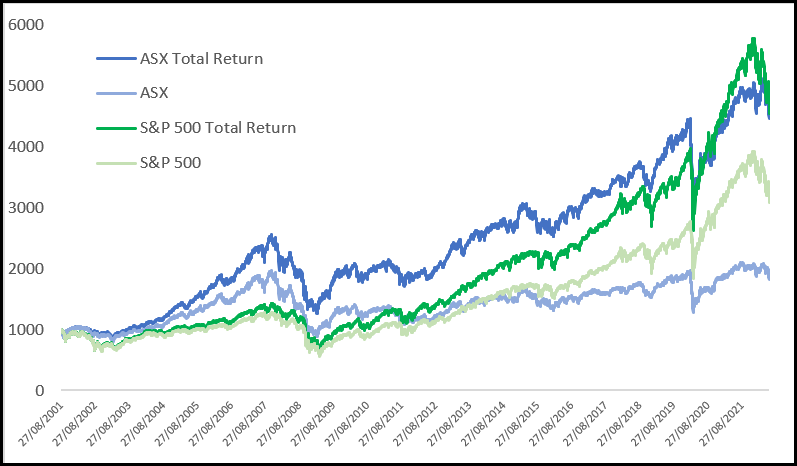 The light blue line is essentially the same chart as above which clearly depicts that the Australian market hasn’t gone anywhere since 2007.

The next chart shows the differential between the base index and the total return index. As can be seen, the difference of returns in Australia is some 3.5x that of the US. 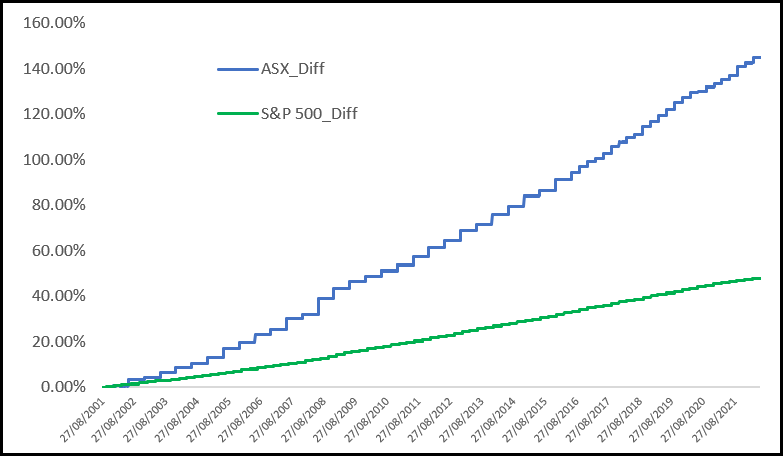 Now at this point the two market experts will probably still call me the fool or suggest dividends are semantics.

So I invite both of them to invest in my new fund. Here’s how it will work.

I take their money and invest it into the SPDR S&P ASX-200 ETF (STW). I’ll be generous and not take a management fee, but I will take a performance fee between my performance and that of the benchmark. Of course, the benchmark will obviously be the base index because, according to the experts, that’s all that’s important. 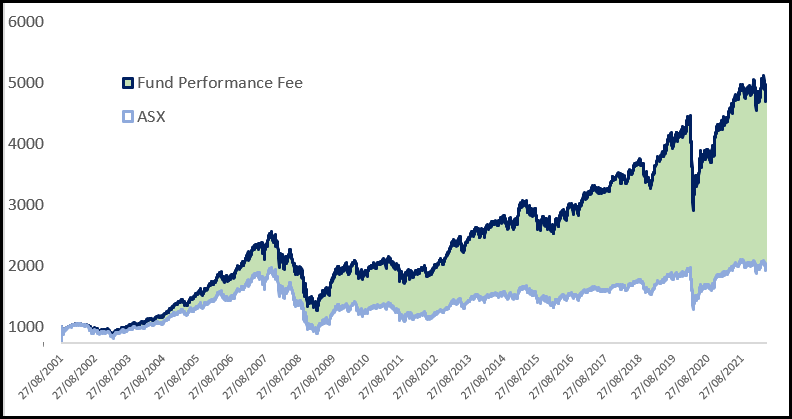 See the green shading above? That’s what my performance fee is being calculated on.