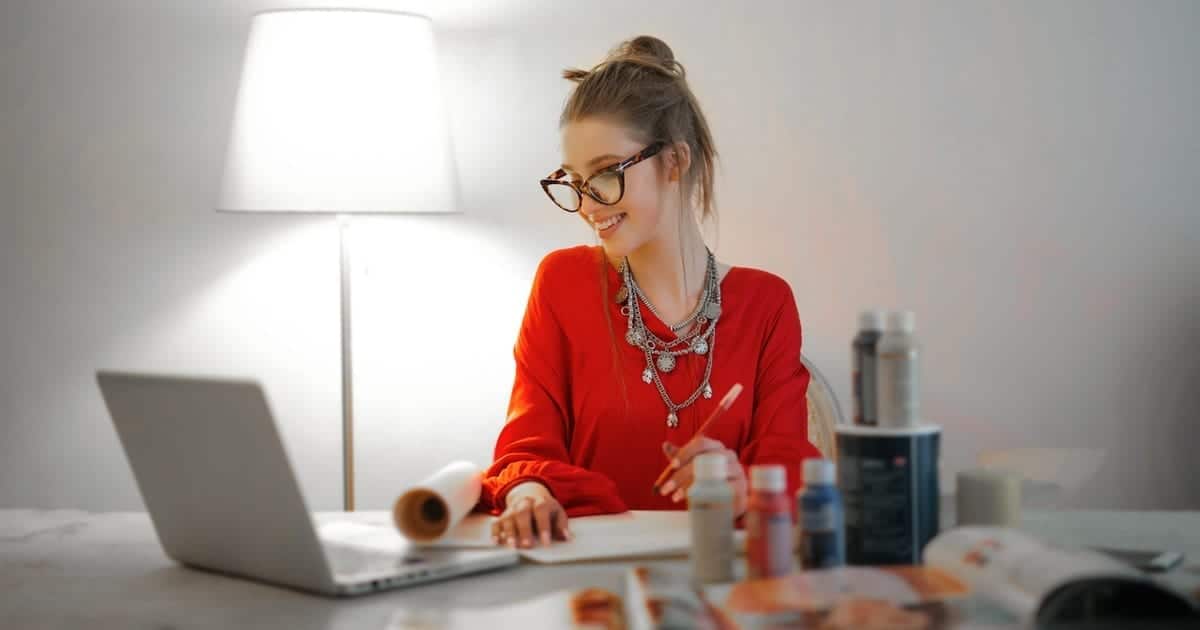 The following is an excerpt from the Trading System Mentor Course.

What is Mean Reversion?

Mean reversion is the process of prices moving away from the respective average or mean price and then reverting back again, in some instances quite quickly.

Mean reversion is the opposite of momentum.

Momentum relies on the long tails that sustained trends provide and the goal is to ride those trends for as long as possible.

Mean reversion on the other hand relies on choppy random price action and preferably tight price tails so that price snaps back very quickly.

If we review a trade distribution chart we can see where the two strategies generate their respective profits. Mean reversion operates in the ‘noise’ where the majority of trades take place, whereas Momentum operates in the ‘outlier’ areas where not many trades occur. 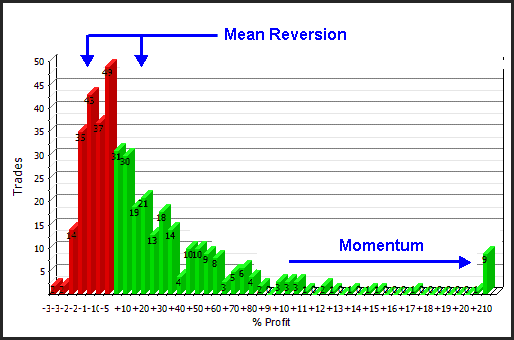 There is significant evidence to suggest that markets trend just 30% of the time, and therefore are directionless the other 70%.

The following chart of Commonwealth Bank (CBA.au) shows typical stock price action – rotation back and forth for 12-months before starting to trend. 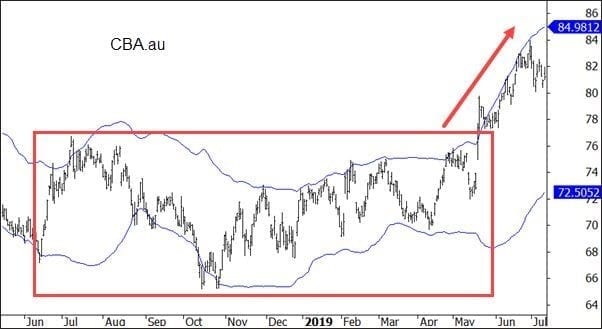 The blue lines shown in the chart above are Bollinger Bands which calculate the standard deviation around a mean price. Price excursions beyond the bands tend to be reversed most of the time and they therefore lend themselves to being a good tool as a starting foundation.

Another popular method of identifying reversal points is some type of overbought/oversold oscillator such as an Relative Strength Index (RSI), shown on the chart below. In this example the trades are shorter in time frame rather than the above example which is looking for extended swings back and forth. 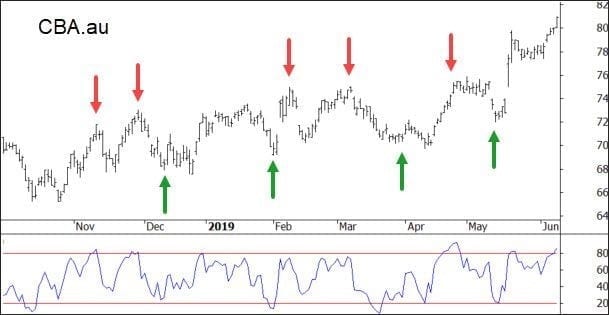 Mean reversion strategies are popular because they tend to have a high win rate and a faster feedback loop.

Another popular trait is that the Max Wait reading is low meaning they tend to be able to pull themselves out of drawdown quicker than a momentum strategy.

In Part 2 next week, I’ll put forward a fully disclosed strategy that offers a trade win rate circa 68% and 75% winning months.